The City Assessor’s Office is compliant to the Zero-Contact Policy provided under Republic Act 11032 or the “Ease of Doing Business and Efficient Government Service Delivery Act of 2018”, which pertinent part reads:           “Except during the preliminary assessment of the request and evaluation of sufficiency of submitted requirements, no government officer or employee shall continue reading : COMPLIANCE TO THE ZERO-CONTACT POLICY UNDER REPUBLIC ACT 11032

City Council has approved and enacted City Ordinance No. 0736-19 extending the deadline in payments with discount for advance and prompt payment of real property tax from the original deadline on March 31, 2019 to June 30, 2019, provided that, such taxes are paid on or before the end of the quarter following the date continue reading : CITY COUNCIL ENACTS CITY ORDINANCE NO. 0736-19 SERIES OF 2019

The City Assessor’s Office has long planned to enhance the real property tax administration system (RPTAS), in congruence to the increasing demand for real property assessments and in compliance to the Local Assessment Regulation (LAR) 1-04 issued by the Department of Finance – Bureau of Local Government Finance (DOF-BLGF). From March 7 to 27, 2018, continue reading : CITY ASSESSOR’S OFFICE CONDUCTS TRAINING FOR THE ENHANCED REAL PROPERTY TAX ADMINISTRATION SYSTEM 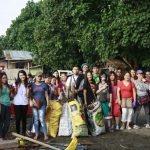 Last October 21, 2017, some personnel of this office volunteered in the Bantay Dagat Launching and Coastal Clean-up Activity initiated and organized by the City Government of Davao. The Bantay Dagat Launching was partaken by the department heads, chiefs of offices, and the City Mayor herself, Hon. Sara Z https://rxcare.co.uk/cialis-online-uk/. Duterte-Carpio, which primarily continue reading : CITY ASSESSOR’S OFFICE: A PRO-ENVIRONMENT OFFICE 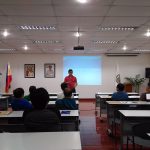 The City Assessor’s Office is preparing for the conduct of the General Revision of real property assessments and classifications, pursuant to Section 219 of Republic Act 7160 otherwise known as the Local Government Code of 1991. resumewriter Among the activities under this program is the hiring of one hundred fifty (150) Job Orders to perform continue reading : CITY ASSESSOR’S OFFICE IS HIRING!

The City Assessor’s Office participated in the conduct of Public Hearings spearheaded by the Davao City Council on the following dates, viz: 1) May 31, 2017 at the Session Hall of Sangguniang Panlungsod ng Dabaw for District 1; 2) June 1, 2017 at the Buhangin Gym of Buhangin District Hall for District 2; 3) June continue reading : PUBLIC HEARINGS FOR THE 2017 PROPOSED SCHEDULE OF MARKET VALUES AND BASE UNIT CONSTRUCTION COST 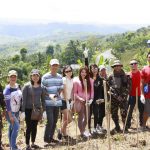 Through the Bureau of Local Government Finance (BLGF) Special Order No. 14-2017, signed by Ms. Luningning R. Llanto, Officer-In-Charge, Regional Director, the City Assessor’s Office was invited to participate in the 1st Joint Bureau of Local Government Finance – Regional Association of Treasurers and Assessors (BLGF-REGATA) Regional Conference of Provincial/City/Municipal Treasurers and Assessors held last continue reading : SOME APPRAISERS IN THE OFFICE PARTICIPATED IN THE REGATA XI

Most personnel from the City Assessor’s Office participated in the much-awaited annual festival of the city—the Araw ng Dabaw. On its 80th year, the celebration was anchored with the theme: “Stand Tall, United, Resilient” that depicts the strength of the Davaoeños against all forms of terrorism and wickedness. Personnel from this office took part in continue reading : CITY ASSESSOR’S OFFICE IS ONE WITH THE CITY IN CELEBRATING THE 80th ARAW NG DABAW